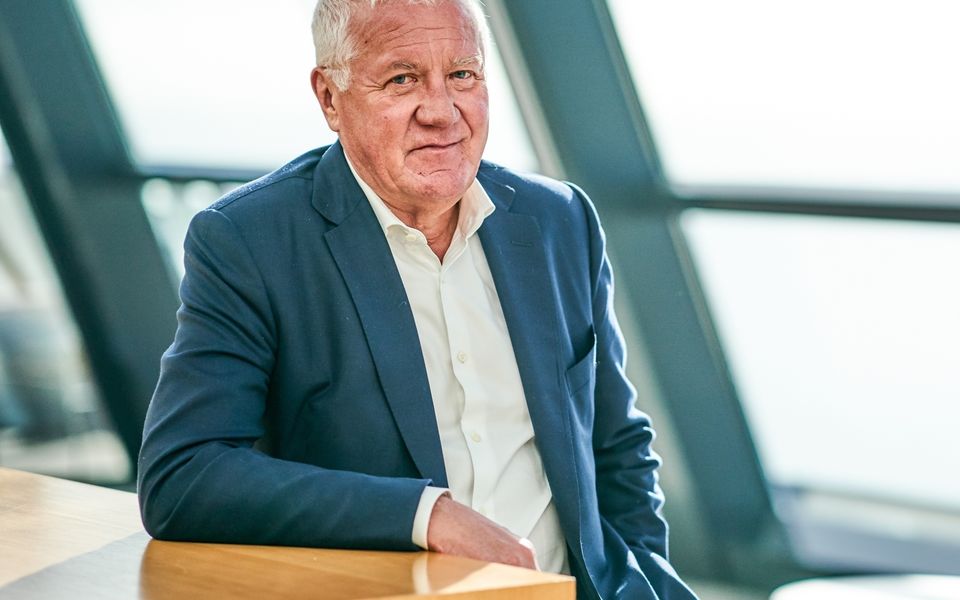 Patrick Lefevere, manager of the Deceuninck-Quick Step team, which is the team with the most wins so far this season (15 for Wolfpack compared to 13 for Jumbo-Visma and 10 for Ineos), is back to express his thoughts on the current situation of cycling in his weekly column for Het Nieuwsblad and he has done so, as usual, without biting his tongue. He has criticised the tactics of Alpecin-Fenix, a team that he considers his “direct competitor” especially for the great one day classics.
The head of Wolfpack assures that “at times, he feels jealous of the Roodhooft brothers. They can often play the trick of presenting themselves as a small ProTeam. On paper, they are not a WorldTeam, but it is clear that they are not a small team. ”

Lefevere is always very critical of his rivals when he considers that they leave all the weight of controlling one day races on the shoulders of his riders. “At Scheldeprijs they did not work in the front of the group at any time with the excuse that Merlier was in the chasing group. They feel comfortable giving the image of a small ProTeam, but they are by no means a small team. ”
For the Belgian manager, it all comes down to “not making the leap to the World Tour is a tactical choice for the Roodhooft brothers. In this sense, they have known how to make intelligent use of a failure in the regulation that, in this situation, only benefits them. ”
Lefevere refers to the fact that, as the 2020 Europe Tour winning team, Alpecin-Fenix ​​has the right to be in all the World Tour events of their choice while, at the same time, they can waive those they deem inappropriate. “I would also like, from time to time, to be able to say to the organisers thank you for the invitation, but we will not go,” argues the head of Deceuninck-Quick Step. “For them, it is cheaper to hire a cyclist like Vermote than it would be for me. Of course, we are direct competitors as has been demonstrated in the Tour of Flanders or the Scheldeprijs.”
The Wolfpack leader argues that “at the moment, there is simply no incentive for the Roodhoofts to jump into the WorldTour. Whatever happens, they are guaranteed the right to start in any race. Also, if an accident occurs and they fail to win the Europe Tour, the organisers will want to have Mathieu van der Poel in their races and will give them an invitation. The only danger they run is that Van der Poel suffers a long-term injury, as has happened to us with Fabio Jakobsen or Remco Evenepoel. It is something that I do not wish them, but it would be a real stress test for their model.”
Lefevere ends his column by acknowledging that “at times, I am envious of the Roodhoofts. I have all the respect in the world for them. They have managed to set a spectacular path with their team, which is an example for many in this sport, but they should not get more out of their ProTeam status than it really is: an administrative stunt. That should never be an excuse to leave the job in the race to the so-called great teams. “