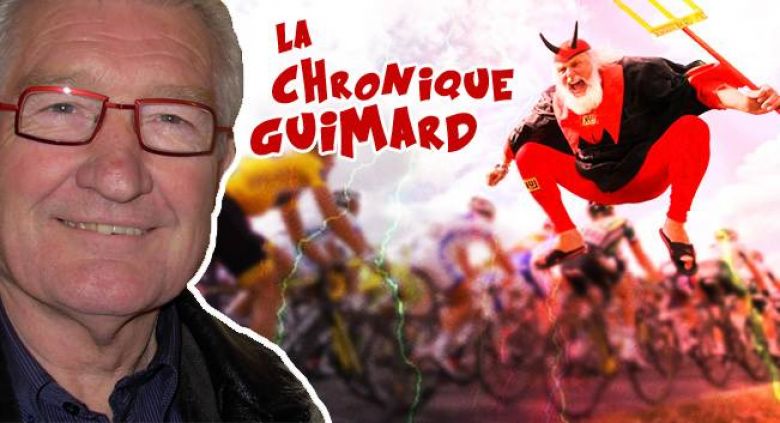 The former coach of the France National Team, Cyrille Guimard, is back on Cyclism’Actu with a new interview (see above link for the original and integral interview) published by François Bonnefoy. In this interview, the Frenchman spoke about the Ardennes Classics with the emphasis on the outstanding performances of riders, such as Tom Pidcock (INEOS Grenadiers), David Gaudu (Groupama-FDJ) or Tadej Pogacar (UAE Team Emirates), without hesitation to compare them to the greatest.

The first question was about the Ardennes Classics and Guimard praised Julian Alaphilippe’s return to his best level with a victory on the Flèche Wallonne, Tadej Pogacar for the fantastic win at Liège-Bastogne-Liège and Tom Pidcock, who in his view, is among the top five riders in the world.

Speaking about Tom Pidcock, Guimard stated that the Britishman, after proving to be right behind Van Aert and Van der Poel in cyclo-cross today and after winning Paris-Roubaix twice in the youths categories and the Giro d’Italia Under 23, he is also winning Classics.

In Guimard’s opinion, Pidcock he capable of winning also Grand Tours. He is only 21 years old and he won the Giro d’Italia Under 23 dominating the race. The main problem he will face is that today there is a lot of competition in the Grand Tours with Bernal, Pogacar and Evenepoel, who are all also very young.

Guimard also believes that a potential winner of a Grand Tour can also be David Gaudu. “David has a weak spot in the time trial, and has a second weak point, it’s that he’s a little older than the others”and Gaudu will be 25 years old, that limits his possibilities.

Then speaking about Tadej Pogacar, Guimard has no doubt. Not only he won this year, the UAE Tour, Tirreno-Adriatico and Liège-Bastogne-Liège by sprinting Julian Alaphilippe, but the best from him hs still to come since he is only 22 years old. And Guimard added, “To say that he is the best rider in the world, we have to wait to see Remco Evenepoel’s return …before his fall [in 2020], Evenepoel was undefeated, he had won all the races in which he had participated.” For Guimard also Evenepoel has a weak spot, the descend and his fall in Lombardy will not help, if he improves its descent skills, for the Grand Tour, he can be at a similar level of Pogacar and Egan Bernal.

During the end of the interview, Guimard stated that being Pogacar a 22 years old with a palmares, with a Tour, a Liège-Bastogne-Liège and much more, he may be able to win as a top cycling legend, and may have the same impact in cycling as those of Bernard Hinault or Eddy Merckx.