Dan Martin: What Chris Froome brings to the team is really underestimated 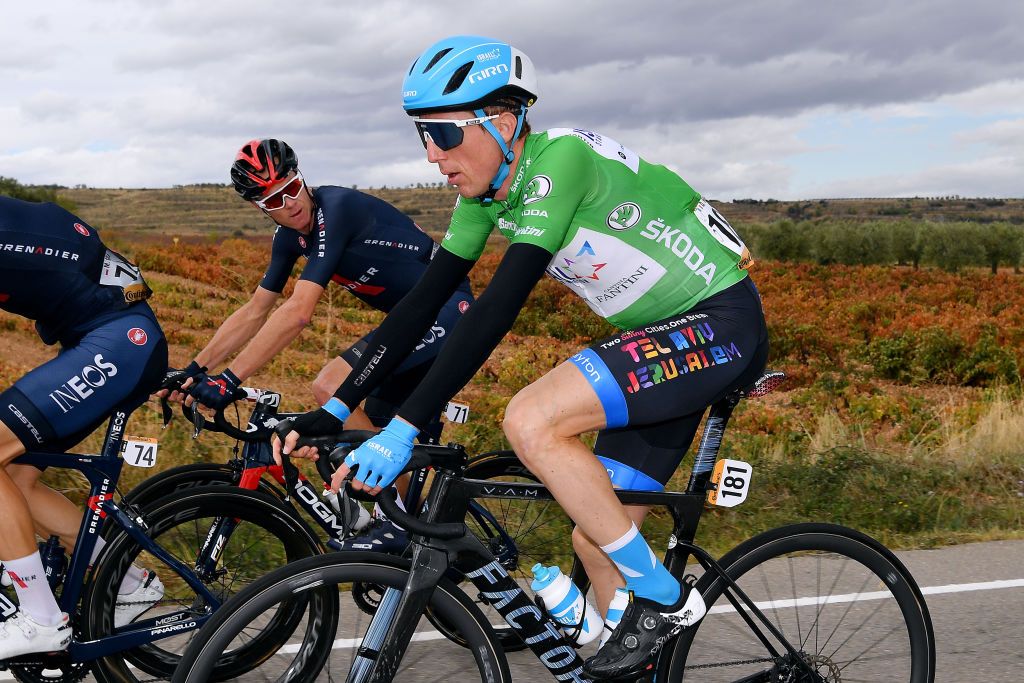 Dan Martin believes that the signing of Chris Froome to Israel Start-Up Nation brings more than just a rich palmarès to the team and that the arrival of the four-time Tour de France winner will help every rider on the team to improve the entire roster.

“What he brings to the team is really underestimated,” Martin told Cyclingnews in a podcast interview. “Everyone sees the results side of the things, but the aura around him and the professionalism that he brings will help everyone look in the mirror and improve themselves. That’s something that has been massively underestimated by those outside of the team but that’s why he’s been signed.”

Froome arrives at Israel Start-Up Nation after 11 years at Team Sky/Ineos in which he won every Grand Tour at least once. In 2019, he suffered a career-threatening crash at the Critérium du Dauphiné, but after a lengthy rehabilitation he returned to competition at the UAE Tour in February of this year.

He missed out on selection for the Tour de France due to a lack of top-level form but finished his first Grand Tour in over two years at the Vuelta a España this Autumn. Froome’s results or form have not returned to where they once were, but he has been signed with the aim of targeting a fifth Tour de France title next year and the 35-year-old is confident that a consistent winter of training can help him rediscover his past condition.

Martin burnished his credentials as a Grand Tour rider by finishing a career-best fourth overall at the Vuelta this year, winning a stage along the way, but he believes that he and Froome will work together if called upon.

“He’s the best Grand Tour rider of a generation, perhaps ever, and I’m pretty sure he’s not done yet,” Martin said.

“We’ll see what we can do together. We have that maturity so we’ll ride for the best guy who can get results.

Of the three Grand Tours, only the Tour de France has announced its route for 2021, with the organisers of both the Giro d’Italia and the Vuelta still formulating their courses. The Tour route is littered with mountain stages but also contains more time trialling kilometres than in recent years – a move that would tip a possible advantage away from Martin. The 2020 Vuelta, however, represented an important marker in Martin’s career from a results point of view, although he’s not certain if he will head to France as a leader or not next year.

“I don’t know. I’ll talk to the team about it and see what the objectives are the Tour. It’s an incredibly mountainous route but there are also the two time trials,” he said.

“It’s not all about going for GC either and we missed out on a stage this year so winning one next year would be awesome. With Mur de Bretagne on stage 2 [where Martin won a stage in 2018 -ed.] there’s also the outside chance of a yellow jersey too.  We’ll have to see closer to the time and in the next couple of weeks, we’ll talk about the calendar, but I’ll leave it up to the team as to where they want to deploy me.

“I don’t know how far my body can go. This is the first time I’ve finished two Grand Tours in one season, so that could also have a big impact, but I don’t feel any pressure. I’m just going to go out there and race my bike. I think we’ve got a great group for next year and I think we’ll have fun. Normally when I’m having fun I get my best results, and hopefully that rubs off on the people around me.”