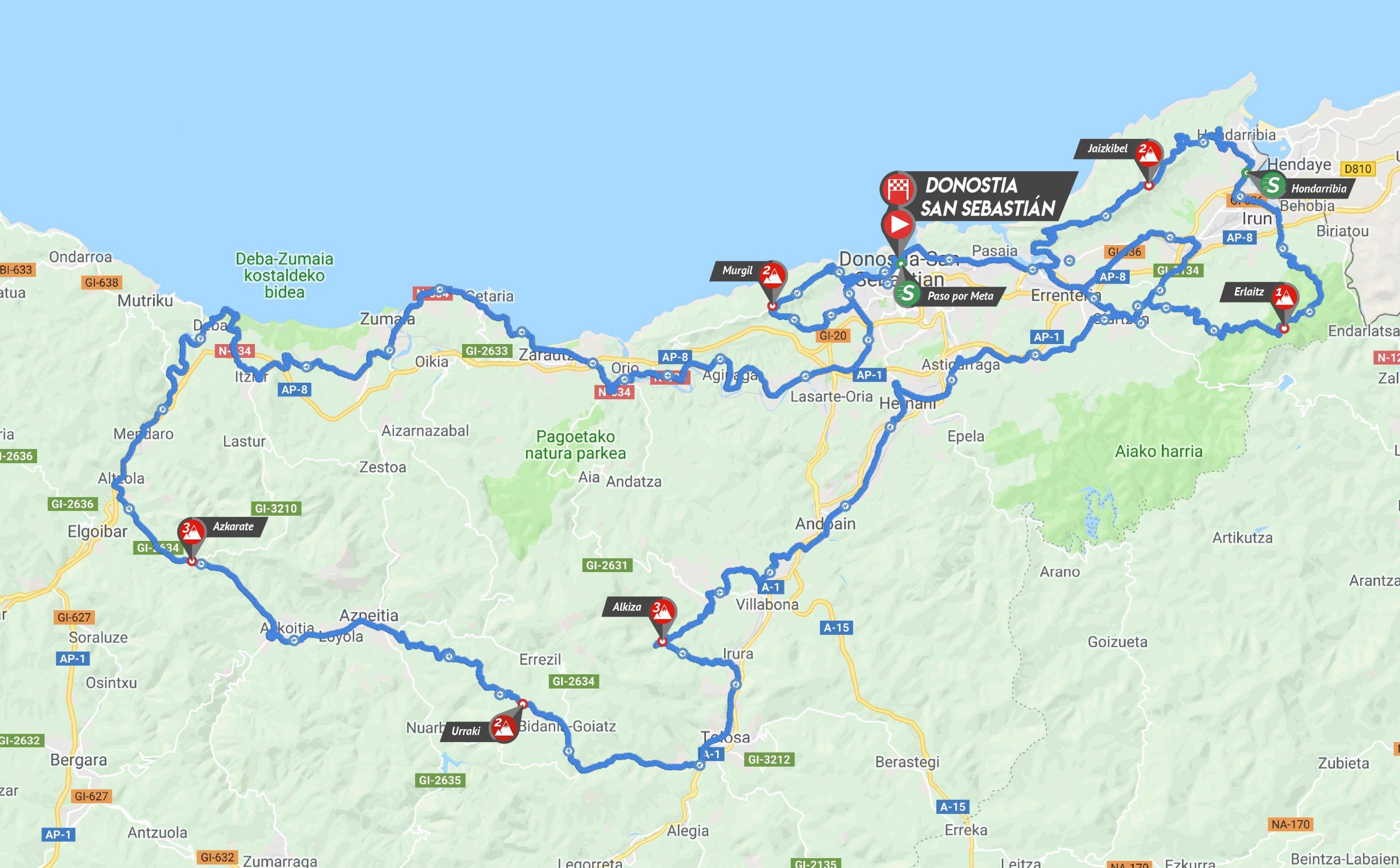 Race – After a long early breakaway, the race exploded on the penultimate climb of the day, the Elaitz, with Simon Carr on the attack followed by Mikel Landa. Carr, who remained alone in the lead, was then joined on the descent by Rota, Mohotic, Powless and Honoré. The attacker were able to build and protect the created gap and on the tough final climb, the EF duo worked hard to make the difference. During the ascent Carr dropped back after working hard for his teammate and Powless when on the attack but was caught by his three rivals at the climb summit. On the descent Mohoric made a mistake in a corner and was saved by a drift, while Honoré crashed with Rota trying to avoid the Dane’s bike. In the last few kilometres become evident that from behind the peloton had no chances and the final sprinter prized the USA rider by a very small margin. To know more an article by John Long: Neilson Powless outsprints Matej Mohorič to win Clásica San Sebastián 2021 @ cyclingweekly.com and for full results procyclingpro.com

After last year’s cancellation, the Donostiako Klasikoa is back on Saturday 31 July, with the participation of 19 WorldTour teams, plus six Professional teams (Alpecin – Fenix have decided to decline their automatic). The men’s race is 224 kilometres long and has six Gpm, with the legendary Jaizkibel and the Murgil springboard.

After the initial part of the race, mainly flat and ideal for a breakaway is followed by a hilly sector with 3 GPM starting with the ascent of Azkarate (3 Cat), the demanding Alto de Urraki (2 Cat, 8.6km long and 6.9% avg gradient with peaks above 10%) is followed by the Alto de Alkiza (3 Cat). The next 45km are undulating, but don’t feature any notable climbs.

The race will really kick-off with 74km to go with ascent of the Alto de Jaizkibel (2 Cat) and Erlaitz (1 Cat).

The riders will then pass through the finish line on their way to the final climb to Murgil (2 Cat), a short but very tough climb with a double-digit gradient. From the summit, it is just 8 km to the finish. A 4.5km descent will take riders to Igeldo, followed by a 3.5km flat terrain to the finish line in San Sebastián. The route is tough with an elevation gain of more than 3,200 metres and strong wind and bad weather are always possible.

Favourites: The first on the list is Julian Alaphilippe, present with a strong team that includes Mattia Cattaneo. His first rival is Jonas Vingegaard, the Dane, second in the Tour will lead the Jumbo-Visma. Then the trio from Ineos, Adam Yates, Egan Bernal and Gianni Moscon and from UAE, Diego Ulissi, Matteo Trentin and Juan Ayuso, in his first WorldTour race. Also watch out for Wilco Kelderman, Simon Yates and Luis Leon Sanchez, recent winner of the Ordiziako Klasika. Finally Bauke Mollema, who always performs well here, with his Trek-Segafredo teammates Giulio Ciccone and Juan Pedro López, Mikel Landa and Mark Padun from Bahrain Victorious and finally Miguel Angel Lopez, here after a very disappointing Tour de France.

Junior men, U23 women and elite men take on the Hoogerheide course on the final day of racing for rainbows