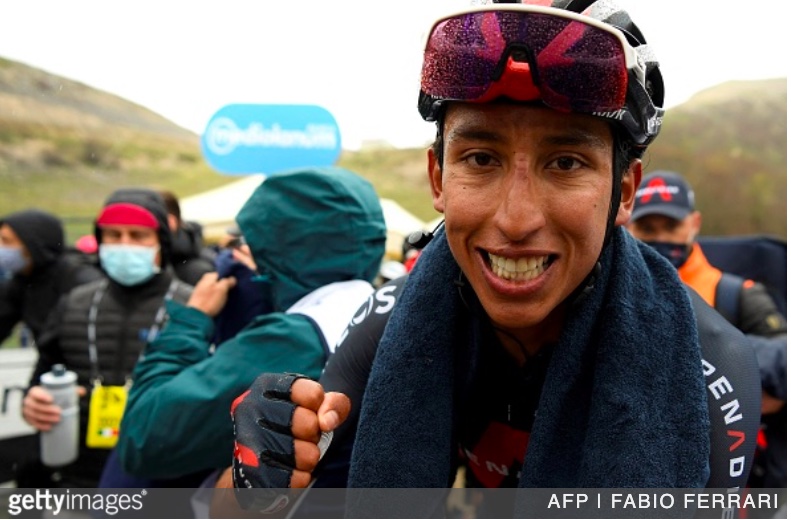 • Seventeen days later his after life-threatening collision, Egan Bernal is walking again. A miracle, according to many, made possible thanks to the great work of the team of doctors and surgeons at the Clinica Universitaria de La Sabana in Chia near Bogotà. From Bernal personal Instagram account

After 13 days in hospital and five surgeries, Egan Bernal left the Clinica de la Universidad de La Sabana in Chiá, where he was admitted after a training accident. The Colombian of the Ineos Grenadiers was transferred from intensive care to continue his treatment in the normal hospital ward. Bernal left the University Clinic in a wheelchair but first wanted to thank the doctors who treated him by posing with them standing up without any apparent problem. After responding very well to the therapies he underwent,” explain the doctors, “Bernal can now start the real journey of rehabilitation. All his wounds are stable and on the mend, his situation does not present any complications and that is why we have decided to discharge him. We will continue to monitor his situation closely, also because Bernal will continue his rehabilitation process in our Clinic”

Good news continues to arrive from the Clinica de la Universidad de La Sabana in Chiá, where Egan Bernal is being treated. The latest bulletin issued by the doctors reads: ‘In light of his improvement and constant evolution, Egan has left the intensive care unit and be transferred to the ward. The response to pain control has improved and there have been no complications”. This is another important step for the Ineos Grenadiers rider, who has been hospitalised since 24 January.

I almost killed myself, but you know what? I am grateful to God for putting me through this test. It is being the toughest race, but I have had a group of excellent people around me.

Yesterday I had my last major surgery and everything seems to have gone well.

So now to recover and make this another… I’M BACK!! And let’s rock 🤘🏽

Egan Bernal will undergo his fifth surgery today since crashing into a bus while training on his time trial bike on 24 January. The medical team at the Clinica Universidad de La Sabana, which is treating the Colombian rider, explained that today Bernal will undergo “a surgical intervention at the level of the cervical spine which aims to help his rehabilitation process”.