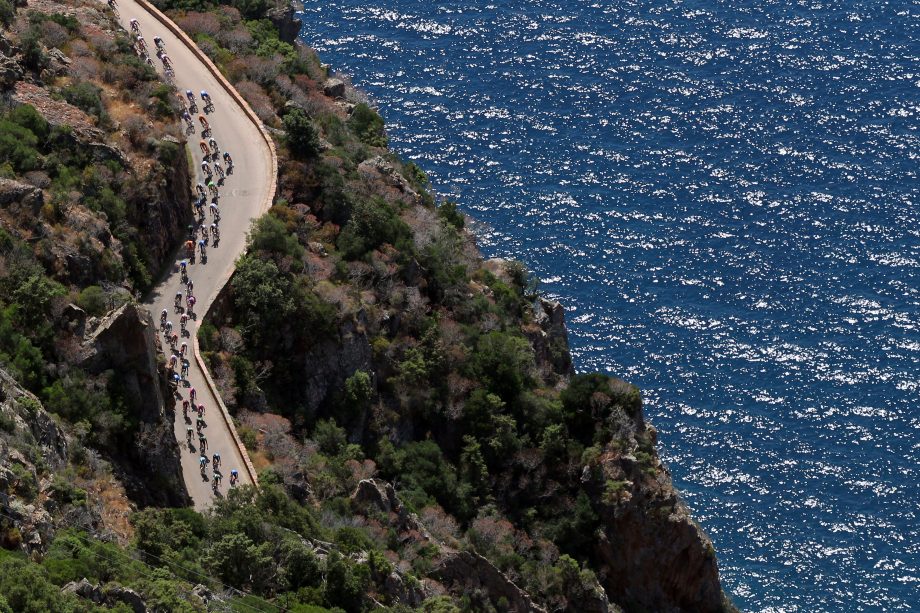 Sun, sand, mountains, ocean views and bike riding – cycling on an island is quite possibly the greatest holiday we can have.

And with travel restrictions imposed due to the Covid-19 pandemic hopefully set to be lifted in the spring, now is the time when we can start to dream and plan our next trip in the sun.

Cycling Weekly has come up with eight suggestions on European cycling islands that are not Mallorca or Tenerife that are the perfect place for your next trip abroad with your bike. Very possibly the most beautiful island in the UK, the Isle of Skye packs in stinging hills, mountains that look like they’ve been plucked from the Alps, and stunning beaches and quaint towns.

Sure, the weather is often wet, but the cycling is fantastic, with undulating roads rather than long climbs the order of the day. The roads are mainly quiet – although the increase in tourists in July and August does demand extra caution – and they take you through so many beautiful places that stopping to take a quick photo is an event that happens seemingly every five minutes.

A 3.6km test with an average gradient of just under six percent, the beautiful road has a section of 20 percent which forces you out of your saddle, wrestling with your handlebars. It’s absolutely worth the challenge, though, for the views of the hills and sea are spectacular. Aerial view of the Troodos Mountains,(Photo by DEA / W.BUSS/De Agostini via Getty Images)

Europe’s most south-eastern island can promise one thing: sun. With an average of 325 sunny days a year and mountain roads to enjoy, it’s surprising that it isn’t already a popular cycling destination.

Well-paved roads, mountain challenges in the Troodos, a charming history and excellent food and drink make it is a great place to spend a week riding under the sun, with the Med never far away for a post-ride swim.

There are various ways to ascend the island’s highest mountain with a maximum elevation of 2,420m. Remarkably given its southerly location, the mountain is a ski resort in the winter. One route to the top is 58.6km long, but the most common is an 18km effort with an average gradient of 6.3%. Situated in the middle of the Atlantic, the nine Portuguese islands typically attract mountain bikers, but the larger islands of Sao Miguel and Santa Maria pack in plenty of quality roads, too.

Once voted by National Geographic as the best island destination in the world, visitors can expect an abundance of colour from the green surroundings, blue lagoons, bright fauna, and extinct volcanos.

An ancient volcano that sits at just under 800m above sea level, riders climb 450m in 10km, battling gradients up to 14%. The viewpoint of the crater at the top is among one of the most wonderful you will ever encounter from an island. The French island played host to the opening three days of the 2013 Tour de France, cementing itself as an alternative cycling destination in the Mediterranean.

Stacked with mountains – the GR20 route is one of the world’s most popular and difficult long-distance hikes – it’s possible to circumnavigate the island in 10 days to two weeks, riding alongside the more than 1,000km of coastline.

The highest road on the island, sitting at an elevation of 1,470m, the Tour’s peloton bypassed the mammoth ascent. Accessible from the east or the west, the former is a 44.8km drag, with gradients typically averaging a pleasant three percent, ideal for settling in and enjoying the heat and scenery. One of the largest Greek islands, it ticks every box for a cycling destination: quiet roads, mountain ascents, sunny and warm weather, and so few cyclists that it feels like a more of an adventure than a trip to Mallorca.

There’s even a UCI race held here – won twice by a young Fabian Cancellera in 2001 and 2002 – proving its credibility as a great place for a riding holiday. Avoid the bars offering full English breakfasts and cheap booze and instead experience the island on two wheels.

A climb that includes six hairpin bends in just a single kilometre is always going to attract the attention of cyclists, so it will come as no surprise to read that the ascent of Attavyros – at 1,215m the island’s highest point – is the highlight of any trip to the island. Ok, you will be packing your winter gear and not the summer wardrobe, but once you’ve accepted that the weather won’t be better than at home, Iceland lends itself to a truly memorable cycling holiday. Fjords, glaciers, waterfalls, mountains, volcanoes, visible effects of earthquakes, and a summer midnight sun are great companions.

The volcanic island has exploded (sorry) in popularity in the last decade, and the most common route for bikepackers is to circumnavigate the island’s Ring Road which totals 1,332km in length.

The 7km ascent up to the ski resort of Oddsskarð is a tough affair, with an average of just less than eight percent and several gradients even sharper. The largest Mediterranean island has a rich cycling background, with the Giro d’Italia departing from the southern volcanic island in 2020, and Mt. Etna one of the most iconic cycling ascents in Europe.

Warm weather is a near-guarantee (except at the very top of volcano itself), and the island’s diversity means that there is a wealth of flat, less-punishing routes, as well as hilly and mountainous days in the saddle. Certainly enough to spend at least a week riding around.

There are three ways to access the top of the active volcano, with each route taking you to the summit of 1,892m. There’s a realistic possibility that in the future riders will be able to ride all the way to the INGV Etna observatory at 2,860m, accounting for a average gradient of 11.8% with parts at 24%. The largest of the Greek islands features one mega climb to rival other islands, while the rest of the riding is hilly and constantly providing the challenge bike riders want.

Typically sunny, too, the roads are quiet, pass olive plantations and the road builders were clearly a fan of switchbacks, with the climb of Lakkoi especially featuring seven in just 900m.

Riding to the observatory at the top, the total climb is a 45km ride from the coast up to an elevation of 1,752m. There are sections above 16%, but the average is only four. Twisting bends and stunning views are aplenty.

Fat burning and cycling: separating the myths from the truth