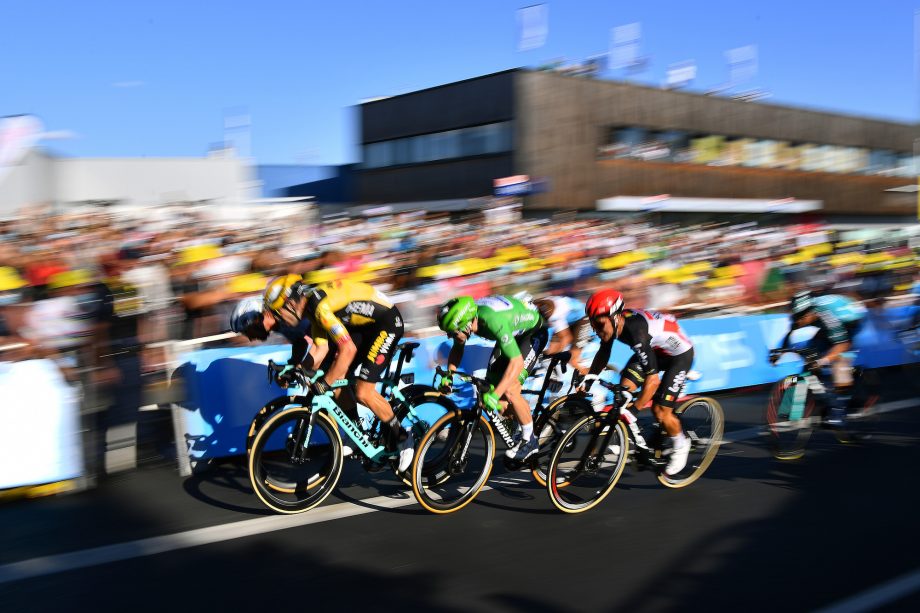 An ex-WorldTour sprinter has proposed no-passing zones and other changes in bunch finishes to keep riders safe.

Theo Bos, who previously raced on the road for Dimension Data, has put forward six proposals inspired by sprinting on the track that he says will end the “wild west in the bunch sprints.”

Bos, who now focuses on track racing, has proposed banning riders from overtaking along the barriers, which he says would stop riders from trying to fit through small gaps.

He has also suggested that a narrow strip of pavement at the edge of barriers at either side of the road in the final 300 metres of sprint finishes could form a sprinter’s zone.

The rider at the front of the peloton is not allowed to leave his zone, preventing riders from veering across the road to hinder their opponents.

The 37-year-old told AD.nl: “If you are at the head of the peloton at 300 meters in the sprinters’ section, then you stay there. Leaving gets you relegated. If you overtake riders from behind, you are allowed to leave the box, otherwise you cannot pass in it.”

Bos also proposed banning riders from overtaking by the barriers to prevent riders “diving into small gaps, like Sagan in the Tour.”

The Dutchman also proposed having straight finishes in the final 300m of sprint stages, two metre-high barriers that do not have feet sticking into the course, and putting a line down the centre of the road to give sprinters a reference point.

Many of the rules come from the Keirin sprint discipline on the track, which has strict rules about rider lines, with anyone breaching the regulations being disqualified.

Bos has experience of sprinting at the highest level, as he spent five seasons at WorldTour level during his road career, racking up 37 wins.

He left the pro peloton in 2016 to focus on track sprinting, where he was won five world titles and he plans to make one final appearance at the Olympics next year.

Bos said: “It must change.  “No more wild west in the bunch sprints, with officials interpreting it only a little loosely, but few rules that everyone understands and that everyone can enforce.”

Rider safety has been a prominent topic in the 2020 season after a number of awful crashes.

The most notable of which was the incident involving Fabio Jakobsen and Dylan Groenwegen at the Tour of Poland, in which Jakobsen crashed and suffered serious injuries when he was forced into the barrier by Groenewegen during the high-speed downhill finish of stage one.

That incident resulted in Jakobsen needing surgery for severe facial injuries, while Groenewegen was banned for nine months by the UCI for dangerous sprinting.

The world of rider’ agents