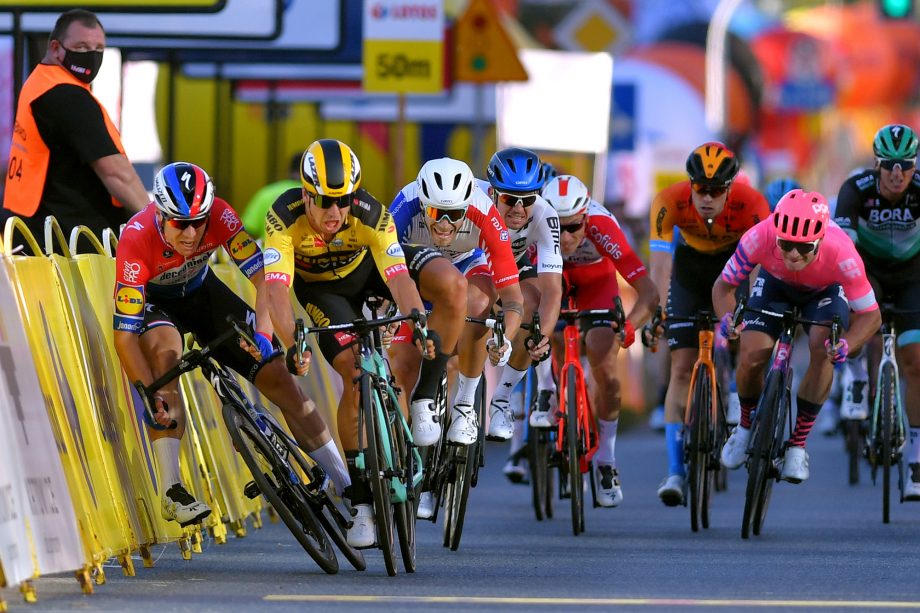 Fabio Jakobsen has ridden his bike for the first time since his awful Tour of Poland.

The Dutchman has been recovering from his serious injuries after the high speed fall in the opening stage in Poland in August.

Having undergone facial surgery, which involved having part of his pelvis removed and placed in his jaw, this week the 24-year-old was able to pedal for the first time since the crash.

In an Instagram post, Deceuninck – Quick-Step sprinter Jakobsen said: “Back on the bike together with Delore on our new Specialized Tarmac SL7s.

“It has been quite a journey so far.”

Jakobsen’s crash happened in the sprint finish of stage one of the Tour of Poland, when Jumbo-Visma’s Dylan Groenewegen pushed  him into a barrier at high speed.

Jakobsen suffered facial injuries and a serious concussion in the fall, while Groenewegen broke his collarbone.

After being disqualified from the race, Groenewegen has now been banned from racing for nine months by the UCI.

Following the crash, Jakobsen underwent surgery to reconstruct his jaw using part of his pelvis and had to wait for the pelvic bone to heal before he could get back on the bike.

He can now start training once again, but will need another operation in January 2021.

Jakobsen has also thanked the medical workers and his team for helping him in his recovery.

He said: “With this post I would like to thank all the medical specialists that have helped me along the way. Same goes for Deceuninck – Quick-Step and all the sponsors of my team for the support in my rehabilitation process. Already looking forward to my next surgery in January. In the meantime I will slowly start training again.”

There has been no discussion of when Jakobsen might be back to competition, but Deceuninck team doctor Yvan Vanmol said he was confident the rider will race again.

The Giro of Italy 🇮🇹 is just around the corner and this is our line-up for the next 10 days.