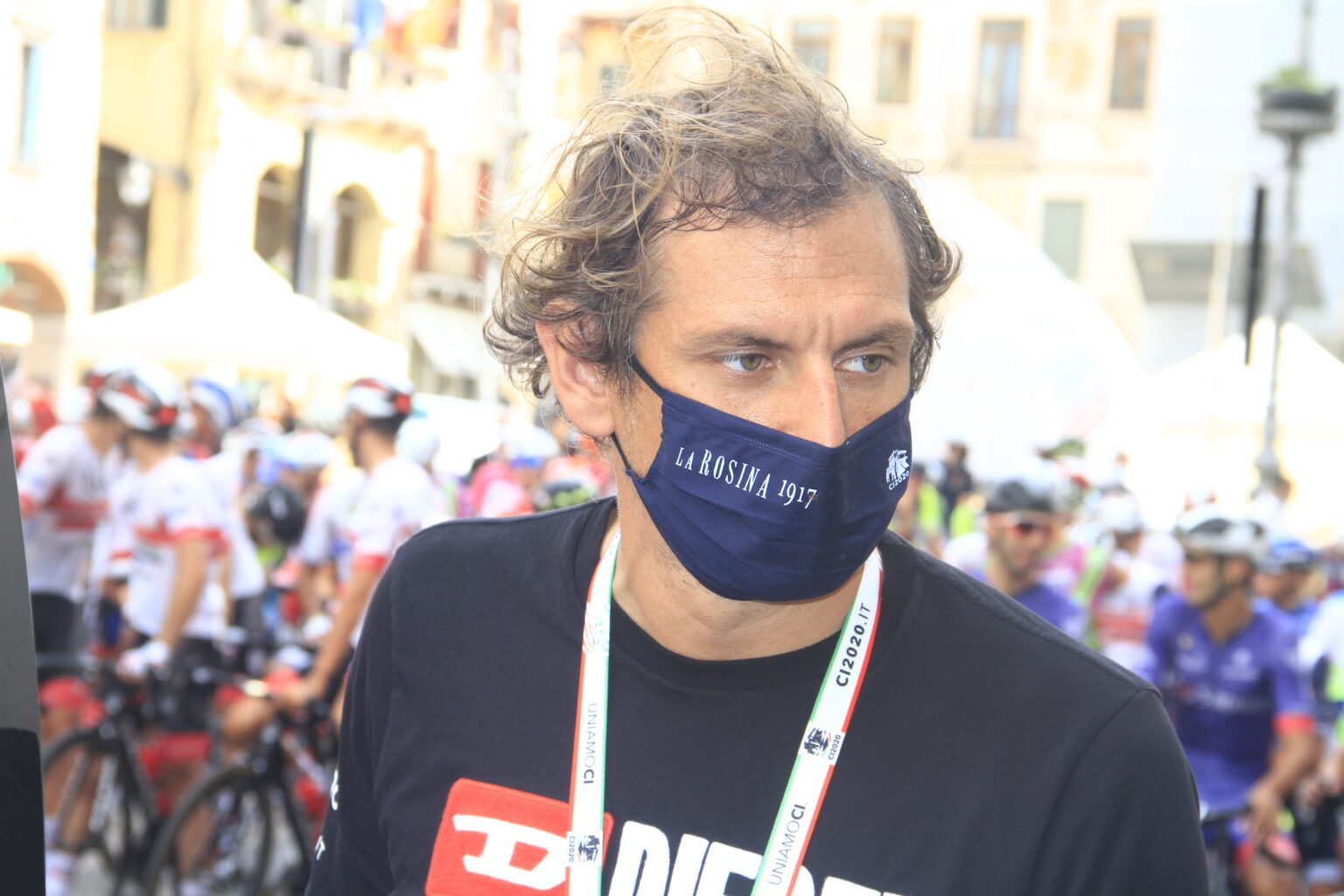 In progress// The official route of the Giro del Veneto has been unveiled, here the profiles of the three races organised by Filippo Pozzato and Jonny Moletta in Veneto:

Sunday 17 October the Veneto Classic, which should start in Venice and end in Bassano del Grappa.

Filippo Pozzato, the Italian former professional cyclist winner of Milano Sanremo and a Northern Classic specialist, has unveiled in an interview to Gazzetta dello Sport (9 March) his new project.

The former pro rider from Veneto who last year organised the Italian National Championship, he is now relaunching a new project.

Filippo Pozzato’s new project for 2021 is scheduled for mid-October, in the week after the Lombardia on 9 October, which will be the last “Monument” Classic of the season.

The 2021 of Pippo Pozzato and Jonny Moletta (VENTURO) will be a year of confirmation, after having organised the Italian National Championship in Cittadella in 2020. VENTURO is aiming for a poker of events whose start is scheduled for Wednesday 13 October, while the grand finale is for Sunday 17 October. The dates should soon be made official. There are four events scheduled: Giro del Veneto, a new classic, the Veneto Classic, to be included in the World Tour in the coming years, a Gran Fondo and a Gravel race for professionals.

The Giro del Veneto, won by Pippo Pozzato in 2009, has been a great Italian race with the names of Girardengo, Binda, Coppi, Magni, Bitossi, De Vlaeminck, Saronni, Moser, Argentin appearing in the winner’s list.

The former cyclist, supported by the President of the Region Luca Zaia, has declared his desire to create something new and modern in today’s cycling, without forgetting cycling historical values ​​and the roadside enthusiasts. “It is an idea that has been in our minds for two and a half years already. Veneto deserves a high level sponsorship. It is a region waiting to be discovered and which I recommend everyone to visit, what better advertisement than the bicycle? ” Pozzato said.

Pozzato has also inserted in the programme a Gravel race: «We wanted to follow this new trend of cycling enthusiasts. We thought: “why don’t we let the professionals race with gravel bikes?”. Think of a race with road, mountain bike and cyclocross professionals all together … “

And finally the Gran Fondo: «The Gran Fondo is the one that most of all will highlight the Veneto region. A race for amateurs allows us to bring many tourists here, who will surely come back. There is good food, good wine, fabulous cycling routes and much more. We are waiting for you all with open arms with the hope of not disappointing you! “

News in progress and CyclingDigest will keep you updated on the unfolding of this new exciting cycling project.

Not long until the start of Day Three at #Flanders2021 with the Men Elite ITT at 10:40 CEST