Il Lombardia 2022: Tadej confirms himself as King of Lombardy 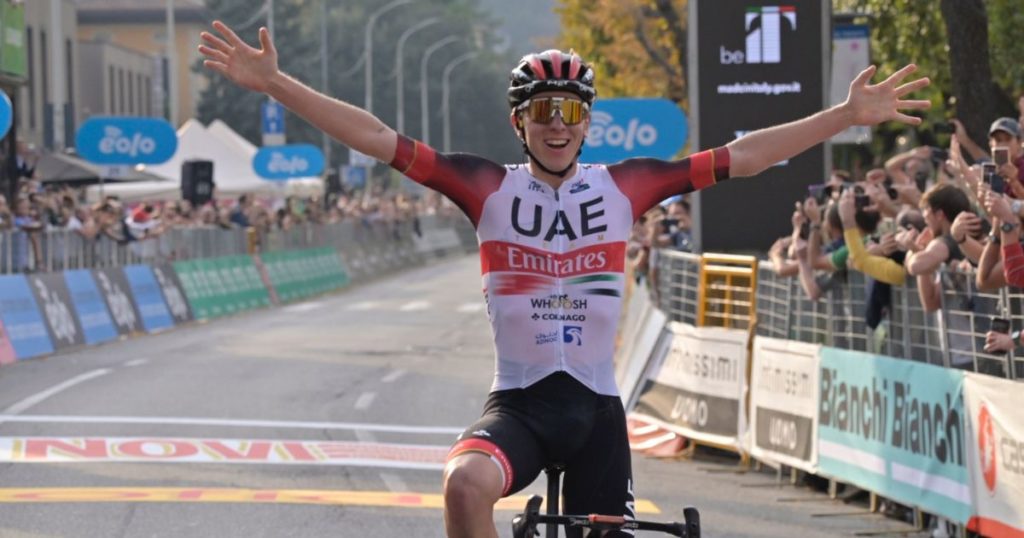 All pictures and articles, copyright © by the author, we use, are for editorial and non-commercial usages only

The Slovenian Tadej Pogacar (UAE Emirates) won the 116th Giro di Lombardia defeating, at the end of a tight sprint, the Spaniard Enric Mas (Team Movistar) on the finish line of Lungolario Trento in Como. In third place, ten seconds behind, was Basque Mikel Landa (Bahrain Victorious). This was the verdict that emerged at the end of 253 thrilling kilometres, which overturned that of a week ago at the Giro dell’Emilia, when the Majorcan rider had managed to overtake the Slovenian champion on the cruel ramps leading from Porta Saragozza to the Sanctuary of San Luca.

The race initially centred on a long action by ten daring riders who, having started after 15 kilometres, were caught at the start of the Ghisallo climb when there were 70 kilometres to go after having reached a lead of a maximum of five minutes. At this point the real race began, with Jumbo Visma attempting to make a selection on the Ghisallo only to be supplanted, halfway up the climb, by UAE Emirates, who actually split the peloton. Thus only 35 riders appeared at the passage under the finishing line banner, at the beginning of the final circuit, when there were 22 kilometres to go.

On the Civiglio, Vincenzo Nibali first and then Alejandro Valverde gave up, symbolising their farewell to racing. First Landa and then Mas went, instead, on the attack, trying to break the UAE hegemony, with the only result of bringing themselves behind Pogacar. Mas sprinted repeatedly, putting the Basque in crisis, who finally gave up on the second climb to San Fermo. The Balearic rider tried everything to defeat the Slovenian star, first on the climb and then in the sprint. Today’s Pogacar, however, was unbeatable.

Tadej thus made his double, the sixth of this millennium in the race of the dead leaves after Michele Bartoli, Paolo Bettini, Damiano Cunego, Philippe Gilbert and Joaquin Rodriguez. Next year, he will certainly attempt to rewrite history, coming even closer to the poker achieved by Fausto Coppi in the years immediately following the Second World War.