Itzulia Basque Country: the last stage to Gaudu, the race to Roglic 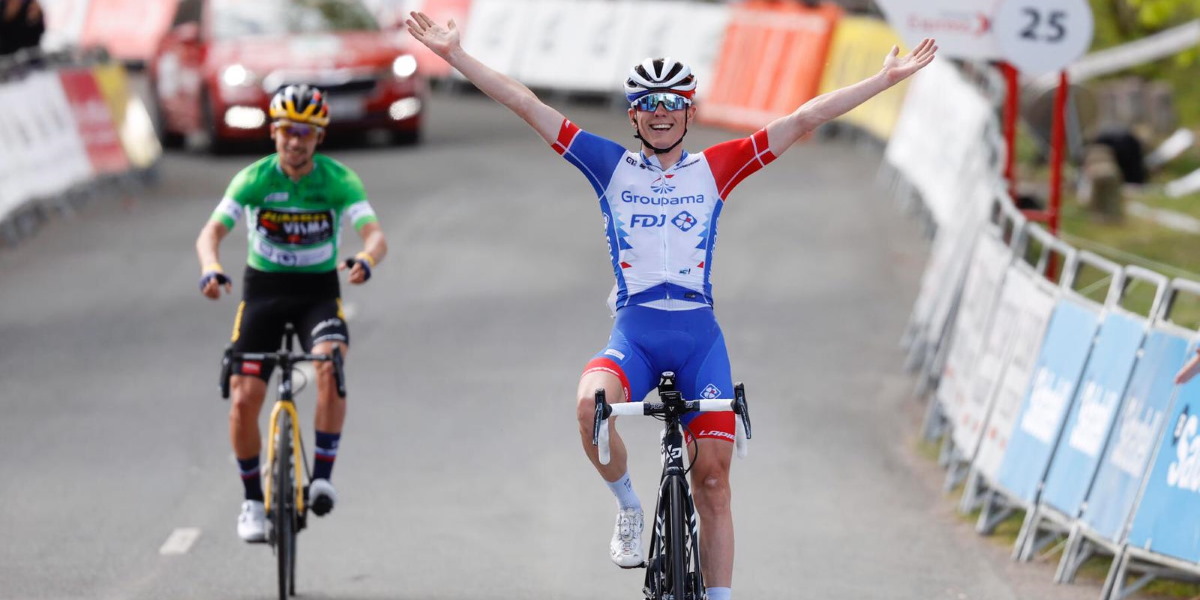 David Gaudu adds another pearl to his collection and wins the final stage of the Tour of the Basque Country. Crossing the finishing line just behind him was Primoz Roglic who conquered the race for the second time in his career, the first was in 2018, the Basque race.

The most important action of the day featured Fraile, Hirschi, Mas, Verona, Carthy, Vansevenant, Martin, Carapaz, Tolhoek, Oomen, O’Connor, Bevin, Padun and Latour. Then it was Aranburu who brought back the group of the best with a great downhill action and then the race exploded in the Trabakua climb 40km from the finish, when Roglic attacked, the leader McNulty went into trouble, Pogacar failed to respond as expected and then he put himself at the service of his teammate.

At that point Roglic remained in command with Gaudu and Carthy – with the Slovenian all the work was undertaken – while behind them was Pogacar and Valverde. Vansevenant, Yates, Landa and Vingegaard, joined later by Chaves, Bilbao, O’Connor, Ion Izagirre and Ruben Fernández who tried in vain to pursue.

On the final climb, Carthy immediately lost the wheels of his fellow adventurers, while Gaudu began to mark the pace and Roglic was well positioned at his wheel. Behind them Pogacar, who had also worked for team mate McNulty, did not have much help from anyone in the last 40 kilometers of the race and was unable to mend the treads, ending up in fifth place, preceded by the sprint by Valverde and Yates. Sixth place in the day was Vingegaard who worked as a stopper on Pogacar and at the end of the race received the well-deserved compliments of his captain Roglic. In the final standings full triumph for Jumbo Visma with Roglic first and Vingegaard second with Pogacar who recovered two positions in the latter fraction and finished in third place.