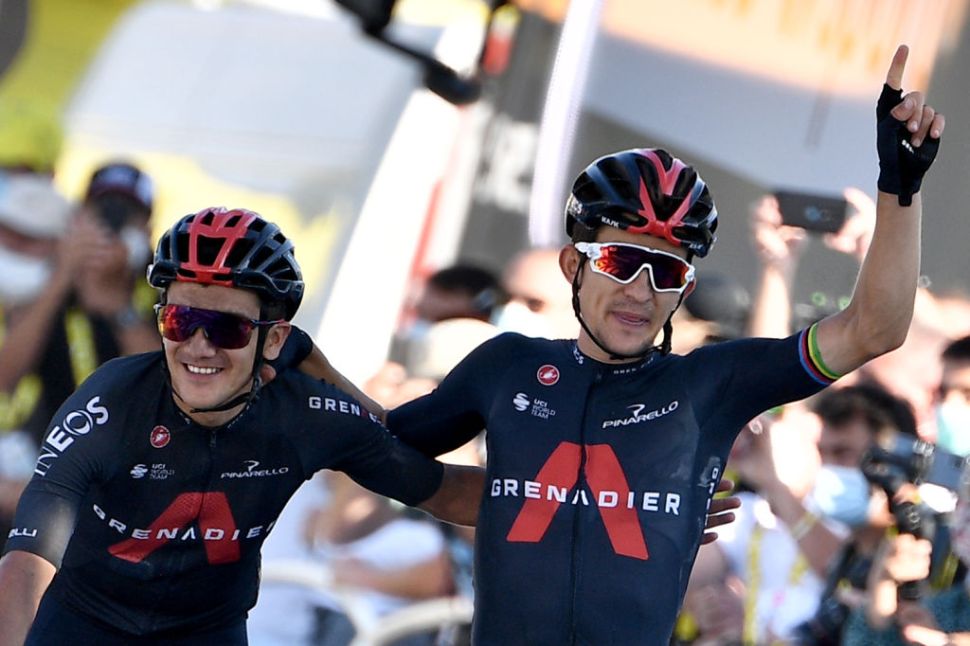 Michał Kwiatkowski has confirmed that he will stay with team Ineos Grenadiers through to the end of the 2023 season.

During an official presentation of Poland’s Sports Personality of the Year contest, the Polish rider said that he had already signed a three-year extension of his contract with the British WorldTour team.

Ineos Grenadiers is still to confirm the contract extensions of a number of riders, including Kwiatkowski. Cyclingnews understands that Tao Geoghegan Hart and Filippo Ganna have already signed new three-year contracts.

Thirty-year-old Kwiatkowski took his maiden stage victory in a Grand Tour this year after attacking with teammate Richard Carapaz on stage 18 of Tour de France. He also finished fourth in the elite men’s road race during the 2020 World Championships in Imola and sixth in Fleche Wallone.

Kwiatkowski featured among the top earners in the professional peloton, according to a report publish by L’Equipein May this year. He first signed with the British team for 2016 and 2017 and then re-signed for another three years (2017-2020), reportedly earning €2.5 million a year.

As a key member of Team Sky/Ineos Grenadiers, Kwiatkowski combined racing in the Classics with acting as super domestique in Grand Tours.

The new Garmin Edge 1040 is the first unit of its kind to feature solar charging, so you can ride for longer with no fear for your battery. #ad

Hej Copenhagen 🇩🇰 TT training ahead of the Big Start of #TDF2022 .