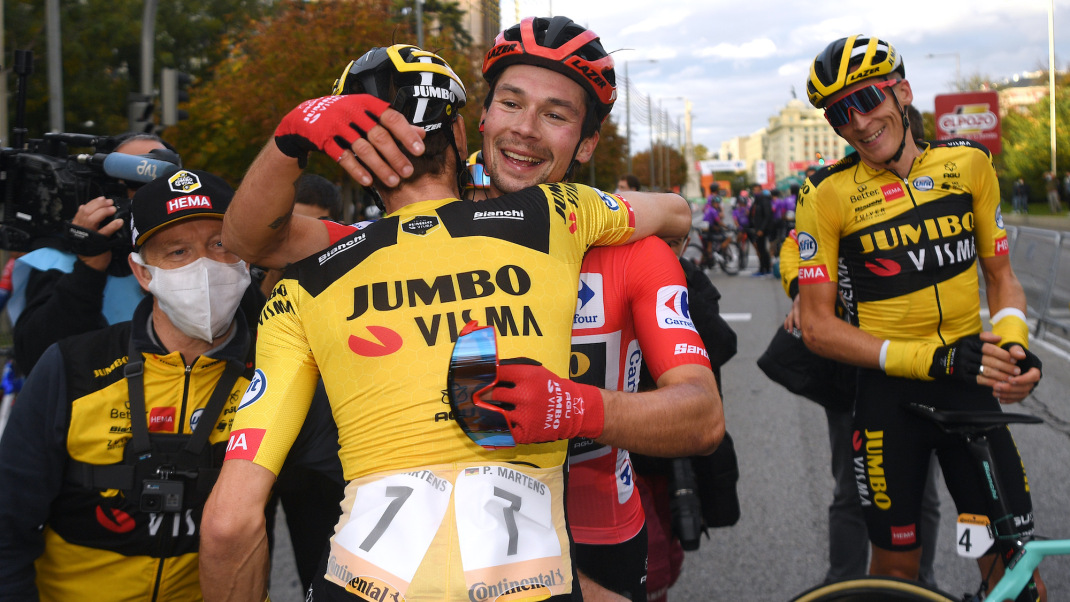 Primož Roglič didn’t win the Tour de France, but the manner in which he raced all season long sees him winning a new honor with the Vélo d’Or prize.

Roglič dominated through much of the truncated 2020 season. Despite his final time trial hiccup at the Tour de France that saw Tadej Pogačar snatch victory, Roglič ended the year ranked No. 1 in the world.

“I went through the list of previous winners, it’s really a great reward,” Roglič told L’Equipe. “I take this opportunity to say a big thank you to the people who voted for me. I understood that it was a jury of journalists from all over the world, and that’s why it really touches me.”

In addition to a career-best second in the Tour, he also defended his title at the Vuelta a España with four stage wins. The Jumbo-Visma captain also won the Tour de l’Ain as well as his first monument at Liège-Bastogne-Liège.

The annual prize — selected by a panel of international journalists via French cycling magazine Vélo that includes VeloNews European editor Andrew Hood — is considered one of cycling’s most prestigious awards.

“Winning the Vélo d’Or Français makes me very happy, it’s nice to see that my results didn’t go unnoticed and I was again named best French rider of the year, thus getting another trophy,” Alaphilippe said. “This season has been a special and different one, with plenty of challenges, but I managed to achieve many of my goals and I can be satisfied with what I did, the world title I won in Italy being, of course, the cherry on the top.

“The rainbow jersey is the most beautiful in the world and wearing it in a few races before the season ended made me realize what a huge honor it is to have it,” he said. “This gives me a lot of motivation for next year. I can’t wait to be in action with my Deceuninck-Quick-Step teammates and fight for some more nice results.”

🇫🇷 Today also marks the final stage of #Boucles53. A rolling parcours throughout but a big chance for the sprinters to compete for victory 🚀