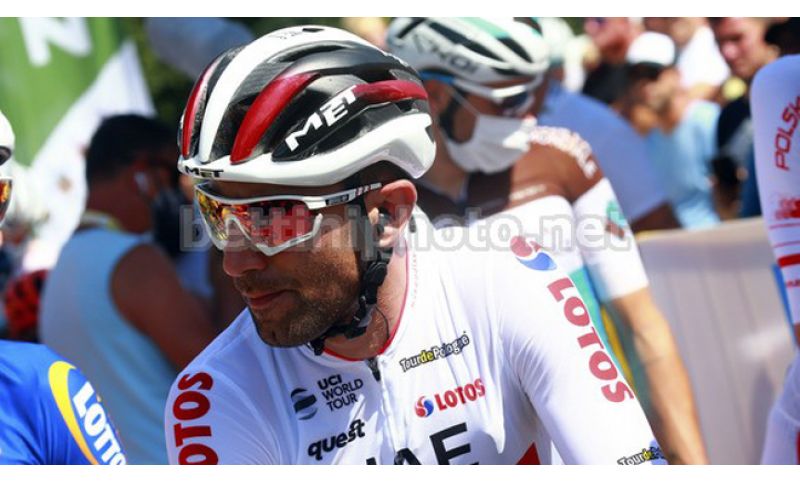 Diego Ulissi will be forced to observe a temporary break from competitive activity to carry out cardiac checks related to the development of myocarditis.

Doctor Michele De Grandi, who forms part of the medical staff at UAE Team Emirates, explains how the necessary decision was made to temporarily keep Ulissi out of action:
“Diego underwent the normal health checks required by the UCI and the team. Subjectively he was fine and did not feel any disturbance, but the finding of an irregular heartbeat during the effort, not previously present, gave us some doubt, even with a normal ultrasound appearance, to new tests (Holter ECG 24 hours, which highlighted further arrhythmias, and a cardiac MRI scan) that have drawn a conclusion of myocarditis.

Myocarditis is an inflammation of the myocardial tissue, the heart muscle, usually of viral origin.
As a precaution Ulissi will undergo a period of absolute rest for a few months, during which he will carry out in-depth investigations to further clarify the clinical picture “.

Ulissi, 31, has accumulated 38 career victories to date and experienced one of the strongest years of his career with 5 victories including two stage wins at the Giro d’Italia.

Diego Ulissi: “I cannot hide the feeling of worry and anger. I’ve never had any sign of it, I’ve always felt good; Fortunately, the team’s medical staff were quick to act and discovered this abnormality. I will take a break now which I hope will be temporary, bearing in mind that the priority is health, because life does not end with cycling. I have just finished what has perhaps been my best season ever, with a consistent run of high level performances from January to October which also earned me the Top Ten in the UCI individual ranking. I was already beginning my preparation for 2021 with the desire to build on last years results».

🇫🇷 Today also marks the final stage of #Boucles53. A rolling parcours throughout but a big chance for the sprinters to compete for victory 🚀