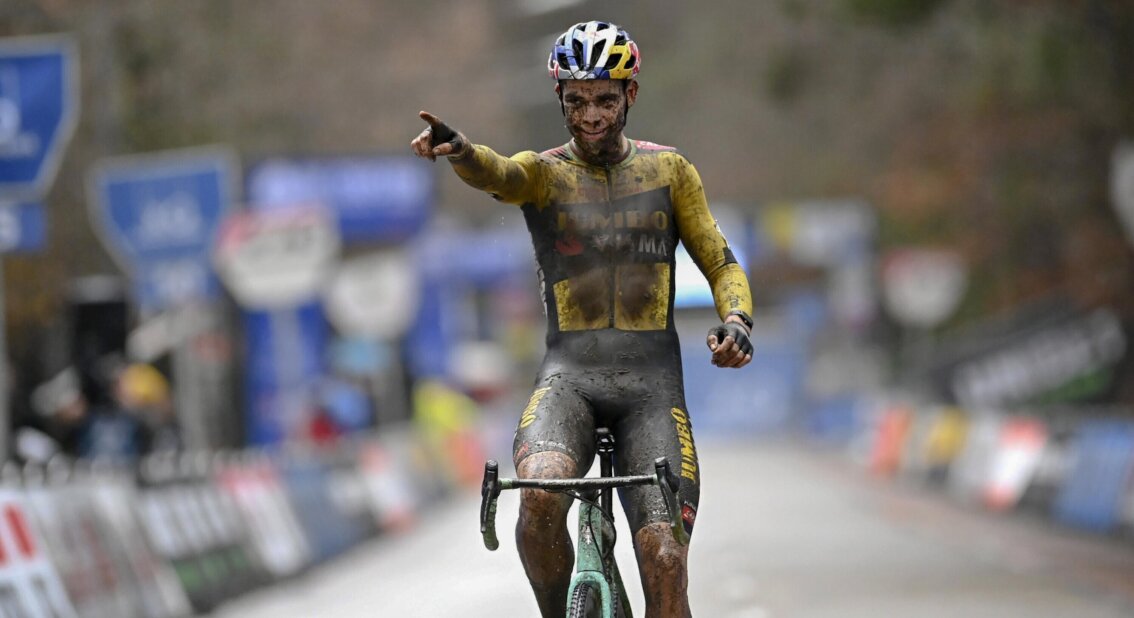 Wout van Aert has clinched his first victory of the cyclocross season. In his hometown Herentals, the 26-year-old Team Jumbo-Visma rider beat world champion Mathieu van der Poel, who had to deal with a puncture halfway through.

In the early part of the race, it became clear that it was going to be a duel between ‘the big two’. Van der Poel set the pace on the tough and slippery course and Van Aert almost always followed within a few seconds. After a flat tire from the world champion, the winner of Milan-San Remo and Strade Bianche was able to create an unbridgeable gap.

“I am really happy with this. Of course I had a stroke of luck because of Mathieu’s flat tire. I really wanted to win today. It all went well, then you can force a victory”, a delighted Van Aert said.

“THE BIG BATTLE DID NOT COME TO A CLIMAX TODAY, BUT THE MUTUAL RESPECT IS GREAT.”

Van der Poel put the best one-day cyclist of the 2020 road season under pressure from the start. “I started with too low tire pressure. That was a major reason for why I was a little behind every time. I came back to Mathieu and when I had created a gap, I realised he had a flat tire. I immediately gained an advantage of half a minute and I was able to keep it. The big battle did not come to a climax today, but the mutual respect is great.”

On Boxing Day and the day after, the cyclocross races in Zolder and Dendermonde are next on Van Aert’s program.

A tried-and-tested design built from carbon fibre is unlikely to go too far wrong but how does it compare against its competitors? https://trib.al/34zYvEC

How many types of cyclists?? By @cycling_of_the_