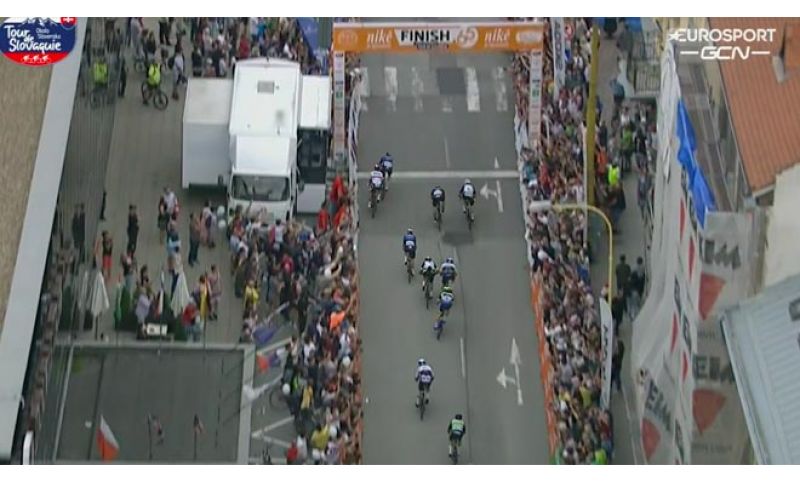 The route of Il Lombardia 2021 has been unveiled today.

Already announced in the last weeks the departure from Como and the arrival in Bergamo, the organisers of the Classica delle Foglie Morte have revealed all the details of the 115th edition of the race, which will measure 239 kilometres and will propose a total difference in altitude of 4400 metres.

Sacha Modolo returned to success today, winning the third stage of the Skoda Tour of Luxembourg, the 189.3km Mondorf-les-Bains – Mamer, with a powerful sprint.

The first stage of the Tour of Slovakia – the 158.4km Košice-Košice – saw Alvaro Hodeg sprint to victory.

The Colombian of the Deceuninck Quick Step team, perfectly piloted first by Jannik Steimle and then by Michael Morkov, preceded Peter Sagan and Cees Bol who tried to put him in difficulty but had to surrender.

With only a few days to go before the World Championships, Spain has also presented its squad of riders: Pascual Momparler and the Royal Spanish Cycling Federation have made their choices and made public the list of athletes with names and roles who will ride in the Flemish World Championships.

Alex Aranburu will be the leader of Spain and with him will be Imanol Erviti and Gorka Izagirre who will be the veteran experience men and then, Roger Adrià, Antonio Soto, Gonzalo Serrano and Iván García Cortina.

#EDB2023 Our first rider @SunJjak has just started his effort. Next up, @Mads__Pedersen 💪